The Floor Cleaning Robot is a robot made to clean floors on it’s own. It is self controlled and the different light colors on the robot stand for different directions forwards, backwards, and stops. This website is still in progress! 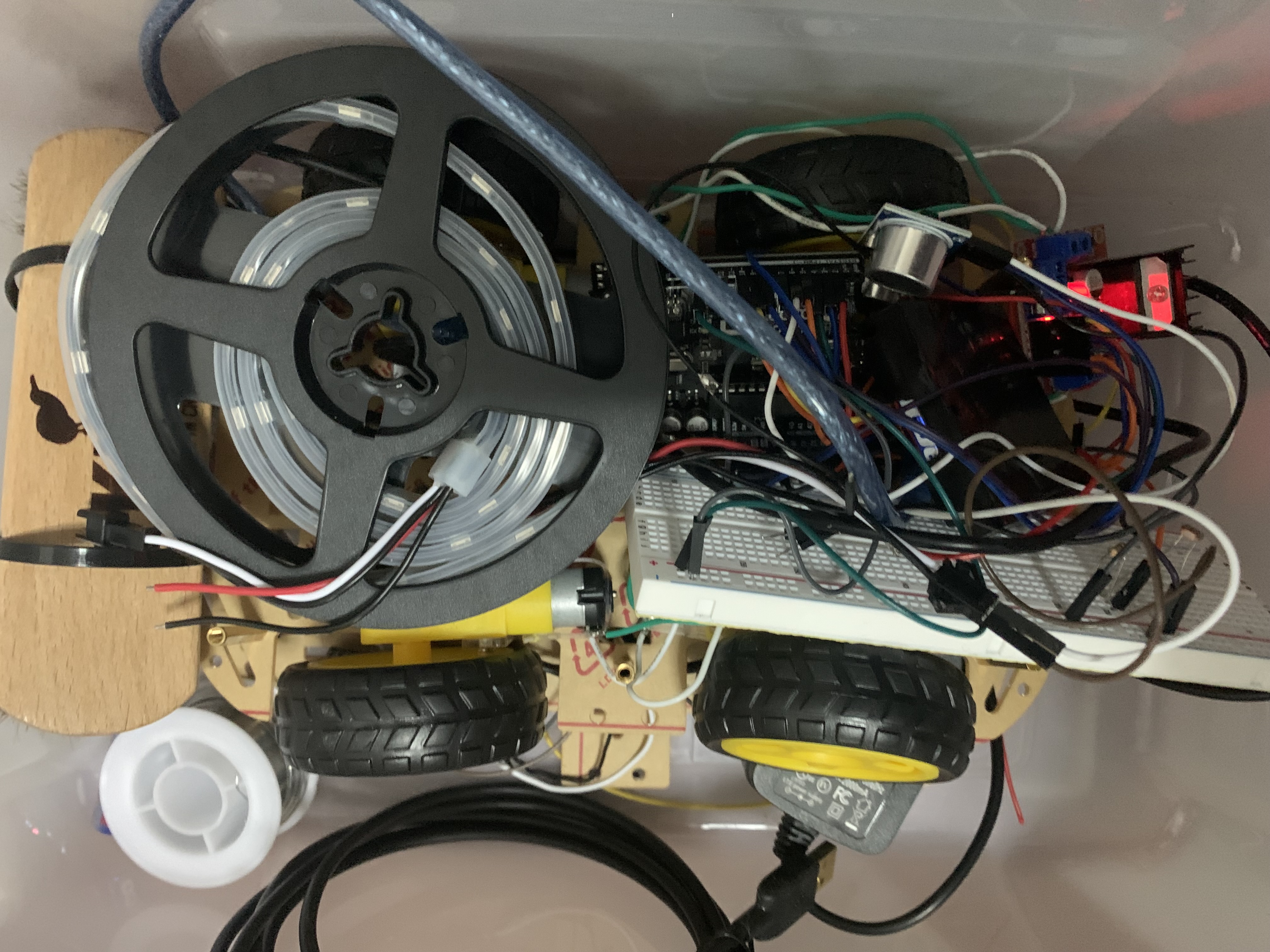 It was very fun to explain the project that I have been working on for three weeks. I have presented to people before but this was a different experience.

This demo night was just as fun as the first one. I had some trouble with my project so I wasn’t able to show the audience my project working but it was still fun.

My fourth milestone I added a light sensor to my robot. The light sensor commands my robot to move, so my robot doesn’t until a flashlight sheds it like on it. When the flash light is on my robot my robot is supposed to move forward, however, I have a bug in my code that is affecting the way my robot is moving and that is something that I have to fix later on. Another addition to my project was I started using a breaded board because multiple parts in my project needed a ground or a 5v and the only way for them to all be able to use it was by using a bearded board.

For my second milestone I attached my brush to my cassie using two zip ties. I made some changes from the first milestone so instead of using a nine volt battery I decided to connect my arudunio directly to the wall. In addition to that I added a battery pack that uses five individual batteries to make my robot car have even more power. Then I replaced my male to male wires with other wires that were more felxiable and soldered then to the motors and connected the wires to the motor driver.

This page was generated by GitHub Pages.